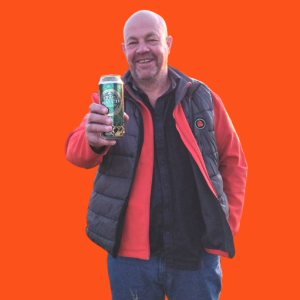 In 1999 Prince Phillip, the Duke of Edinburgh, officiated at the opening of H.P. Bulmer’s cider plant at Bavaria Bräu in Centurion.

In September 2002 Bulmer’s share price collapsed and at one point it dropped as low as 75p. A company that had once been worth £250 million was now worth £60 million. 280 of the 1,000 employees were made redundant to try and cut costs, and many of the apple-growing farmers agreed to being paid over six months. In 2003 Bulmer’s sold their Australian business.

In 1999 Bulmer entered South Africa, the second largest cider market in the world, via a joint venture with Bavaria Bräu with an investment of R24m in a plant and building in Centurion, following the company’s acquisition of Gilbey’s cider brands, Hardy’s, Crossbow and Merriman.

In 2003 Bulmers was bought by the Scottish and Newcastle Brewery for £278 million (which was then snapped up by Heineken) and the Bulmers name only exists on the brands.

“Whatever you do, work at it with all your heart” We visit self-taught leather craftsman, Max Pienaar, at his maker studio and

Most suppliers to the fashion industry in South Africa, import the majority of their products, but when Leon Buhr started Equator –

Alverstone Wildlife Park is a 100ha nature reserve not far from Hillcrest. https://youtu.be/4n3ih3ruUU0 Join us as Rosalind Galway takes us on a